8 Reasons Why Gig Harbor is the Ideal City for Retirement

We are very lucky to be able to view Humpback and Orca Whales from right here in beautiful Gig Harbor! In this clip, Puget Sound Transient Orcas including a Rare White Orca, travel between Fox Island and Gig Harbor on a foggy June morning. What an incredible sight! Video Credit- Kate Frame

Why are so many people choosing to live their retirement years in Gig Harbor? There are a variety of reasons, starting with the picturesque qualities that make Gig Harbor a popular tourist destination. The quintessential snapshot of Gig Harbor offers a breathtaking view of the harbor filled with a variety of boats and Mt. Rainier towering in the background. This is the picture that many of us locals think of when we think of our city. But for those who don’t know Gig Harbor, why would you want to live here, let alone retire here? For several years in a row SmartAsset.com has named Gig Harbor as the best place to retire in Washington State based on several factors such as taxes, medical care, and social life, making it an ideal location for enjoying your retirement years.

The Tacoma Narrows Bridge allows easy access from Tacoma to Gig Harbor. It affords incredible views of the Puget Sound as you cross over the bridge from the Tacoma side and into Gig Harbor. The Narrows Bridge has a storied past. In 1940, only four short months after the first Narrows Bridge was completed, “Galloping Gertie” as the bridge became known, collapsed in a terrible windstorm. Fortunately, today, we have not one but two safe and sturdy bridges leading to and from Gig Harbor.

Gig Harbor is not only incredibly scenic, but it also boasts an extensive maritime history. Boat building and commercial fishing are at the heart of Gig Harbor’s heritage. Seventeen historic netsheds dot the western side of the harbor, with seven still in use today. These netsheds serve as a reminder of Gig Harbor's early maritime traditions.  Each June, the Gig Harbor Maritime Festival draws in the tight-knit community as well as tourists and visitors. In addition to accessing the historical maritime activities, residents and visitors enjoy spending time on the water whether paddling, boating, or participating in water sports and other activities.

Listed below are just some of the many great things Gig Harbor has to offer retirees:

Gig Harbor is in close proximity to the larger cities of Tacoma and Seattle, in addition to the charming smaller cities of Poulsbo and Bainbridge Island. Opportunities are endless for day trips to enjoy the rustic beauty of the Pacific Northwest including Olympic National Park on the Olympic Peninsula,  the historic Victorian Seaport Community of Port Townsend, endless waterfront communities, and majestic Mount Rainier to name just a few.  The Seattle-Tacoma International Airport is only about a 30-mile drive from downtown Gig Harbor. From your cozy home base in Gig Harbor, the world is your oyster!

Some of us who have lived in Gig Harbor for years, will recall the days when you had to drive over the Tacoma Narrows Bridge to access shopping that wasn’t available here. Today Gig Harbor has almost any store you could possibly need and it continues to grow. You will find grocery shopping a delight with specialty stores such as Harbor Greens and Metropolitan Market which is set to open in late summer 2021. Larger supermarkets such as Fred Meyer, Safeway and Albertsons are also conveniently located. From the specialty shops at Uptown, to the unique, historic, and touristy shopping downtown, as well as the Gig Harbor North area with Costco and Target, there is something for everyone in our Maritime City.

There are a lot of options when it comes to dining out in Gig Harbor. From formal and casual waterfront dining to fast food and food trucks, you should be able to find cuisine to please the entire family. No stay in Gig Harbor is complete without a trip to the iconic waterfront restaurant, The Tides Tavern, which was recently listed as one of the Top 50 Seafood Restaurants in America by the foodie website Gourmandize.

The Heritage Distilling Company’s tasting room is conveniently located downtown. They are known for their award-winning craft spirits. Craft breweries are popping up everywhere and Gig Harbor is certainly no exception. If you enjoy a nice cold beer, look no further than Gig Harbor for regular and seasonal rotating taps at any of these fine breweries- 7-Seas Brewing, The Hub, and Wet Coast Brewing Company. If wine is what you enjoy, there are wine bars such as Morso in downtown Gig Harbor, or vineyards such as Ollala Vineyard and Winery in nearby Ollala, and Trillium Creek Winery in Lakebay. Both are very close to Gig Harbor.

Gig Harbor offers many outdoor activity areas in the form of parks, beaches, and wooded forests. For golfers, Canterwood Golf and Country Club features an 18-hole championship course. Other golf clubs include Madrona Links and Gig Harbor Golf Club. Throughout the summer you can enjoy an outdoor Farmer’s Market as well as concerts and movies in the park. Year-round opportunities abound for paddling, hiking, and biking in the area as well. From the shore or on the water you might spot Gray Whales, Orcas, and other sea mammals

Gig Harbor offers an array of galleries, museums, and other cultural activities. The Gig Harbor Film Festival shows educational and entertaining movies during their annual festival each year. There are many churches to choose from, with several denominations represented.

Excellent healthcare is easily accessed in and around the Gig Harbor area. Gig Harbor is served by St. Anthony’s Hospital, Multi Care Health Systems, and Franciscan Medical Group serve the area as well.

A wide variety of volunteer opportunities are available throughout the community. You can volunteer with the local school district, organizations such as Communities in Schools, the local hospitals, nursing homes, churches, and more.

Gig Harbor is generally considered quite safe. People on the street will tell you that the thing they love most about Gig Harbor is that despite its recent growth, there remains a true “small town” feel. Come see for yourself why Gig Harbor is an excellent place to thrive in your retirement years! 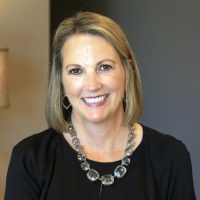 As Chief Operating Officer at Kensington Gardens, Susan O'Leary brings top-notch skills in communication, management, and compassion to her multi-faceted role. Dedicated to the well-being of her team and the community, she seamlessly helps run complex details of Kensington Gardens with a brilliant and endearing touch. Backed by her Master's degree and experience as a School Principal, Susan relates well with diversified members as well as readers in her blog entries, full of insight and wit.